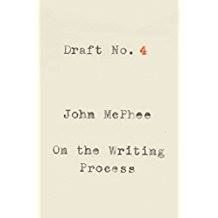 According to The New York Times, John McPhee thinks there are only two kinds of writers in the world: the overtly insecure and the covertly insecure. In his new collection of essays on craft, Draft No. 4, McPhee addresses “the insecurity, dread, shame, envy, magical thinking, pointless rituals, financial instability, self-hatred—the whole ‘masochistic elf-inflicted paralysis of a writer’s normal routine. And then the queasy desire to do it all over again.” Overtly and covertly I admit to all of the above and honestly wonder why I do it over and over again. Doesn’t that capture at least one definition of insanity?