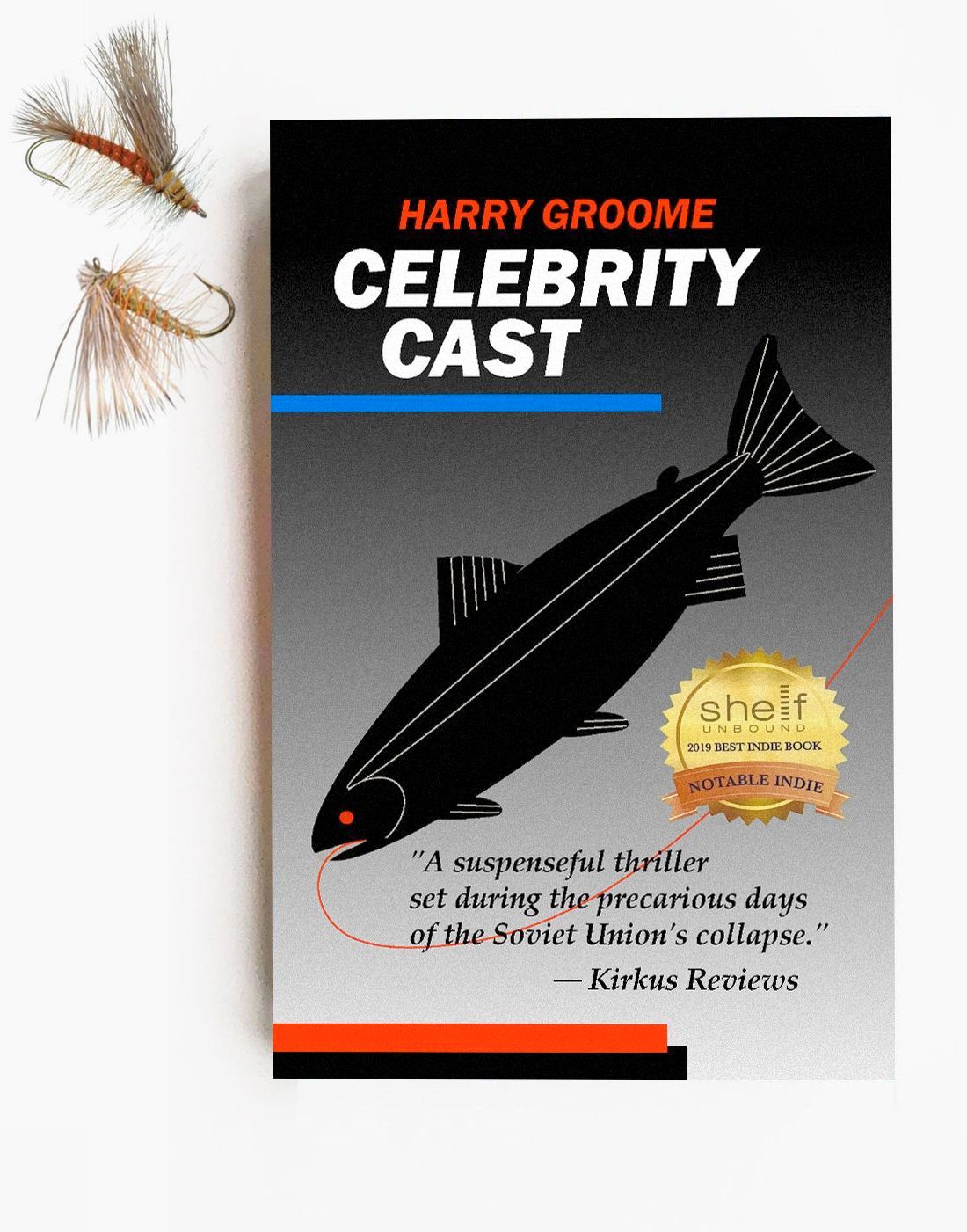 Narrated by one of its main characters, Celebrity Cast takes place in September 1991 shortly after the failed coup of the Soviet Union, a historic event that mired the country in political turmoil and gave rise to the ruthless Russian mafia. Billionaire Jeb Caldwell, who has recently been diagnosed with lung cancer, hosts a group of celebrity anglers on a fishing expedition to Russia’s unforgiving Kola Peninsula where he is kidnapped. When Jeb’s wife refuses to meet the kidnappers’ demands, the odds are low that he will be returned, let alone in time for a last-ditch chemo infusion that may save his life. Jeb’s situation is further complicated by President Yeltsin’s dismantling the KGB, leaving the FBI without an ally in its attempts to apprehend the kidnappers. What follows is a frustrating, and at times surprising, effort by the FBI, the State Department and President Bush himself, to bring a prominent American home safely.

Celebrity Cast has all the ingredients of a first-rate thriller: international intrigue in exotic locations, the suspenseful escalation of romantic entanglements, taut pacing, crisp dialogue and, as bonus for this single-minded reader, the pursuit of the King of Fish. Mr. Groome cost me a good night’s sleep for the surprising resolution of Celebrity Cast would not happen for me until several hours past my bedtime!

Harry Groome reeled me in from the get-go with the enticement of salmon fishing in Russia. He kept me there in anticipation of an unexpected outcome with a few well-placed diversions. An exciting read that I wanted to last longer.

Celebrity Cast features compelling prose and plot, with a fresh setting that is inherently interesting, peopled by a riveting cast of characters.

A suspenseful thriller set during the precarious days of the Soviet Union’s collapse. The double narrative action of the kidnapping and the grand geopolitical drama is compelling. The more these two plotlines intersect, the more intriguing the chaos that ensues . . .

…a spectacular, spell-binding story, one which has all the elements, including but not remotely limited to suspense . . . international politics, lethal conspiracy, investigative intrigue, a fascinating landscape of characters on multiple planes, a remote and exotic geography, not to mention the sport of fishing, violent shoot-outs, medical drama and more than one love story.